Very quiet walk around the patch for Margie and Me today, very windy so birds seemed to be keeping their heads down, started ok with the stubble field having large numbers of small birds flitting about on it, every single one I got on good enough to ID was a Meadow Pipit, but pretty sure there were some Linnets in amongst them, difficult to talk numbers probably the most seen in the air at once was about 70 but almost certainly more about, the Starlings were back on the wires as well ,approximately 150 in the flock, couldn't turn any into a Rosy Starling.

The Glades were quiet a couple of Buzzards flushed out, there were birds calling in the hedges but not showing well, couple of Wrens, but the Robins, Dunnocks and Blackbirds so numerous a couple of weeks ago seemed to have disappeared.

A Great Spotted Woodpecker showed alright near the bridge although pics were at a premium a Buzzard was blown around in the wind and ended up right over our head ,nearly put me back out trying for some pics, there had been a few Jays flying about and one posed ok distantly on a fence, Margie found a feather to take pics of!

There were signs of the Autumn colours to come in the trees though most trees still have a fullish load of Green leaves, Nuthatches could be heard calling and a Bullfinch was spotted flying away straight into the hedge, a couple of Goldcrests flitted about deep in the hedge, we returned through the stubble field the Pipits were almost invisible on the ground and again could only find Meadow Pipits.
Slow couple of hours in grey, windy conditions ,still nice to be out. Probably the most Impressive beasts seen were a couple of Rams in the field opposite the car park!

Not long til Xmas (cake Time)

So as September draws to a close it's time to start the production of this years  Christmas Cake, I go with a slightly modified version of Mary Berry's Christmas Cake using Organic ingredients where I can get em, Organic Sugar proved elusive again and for some reason can't get Organic Currants or Glace Cherries! But everything else is Organic.

It started last Wednesday Evening with the soaking of the fruit a Mixture of Raisins, Currants and Sultanas ( I like Sultanas the best so modified the Berrys quantities to go heavy on the Sultanas) Orange Zest and Glace Cherries in Organic Brandy (This cost £39 a bottle ,but in it's defence it's done 3 years, that is 3 cakes and 3 Puddings so not that bad 😜,don't do the maths it is that bad😂)

So after 3 days living with the amazing smell of the soaking fruit we moved on to the actual construction of the cake, Margie helping with her traditional lining of the Tin which she does with consummate ease, (would take me about 3 hours!😲)
It is quite an easy recipe to follow bascally bung all the ingredients in the mixer then fold in the fruit. 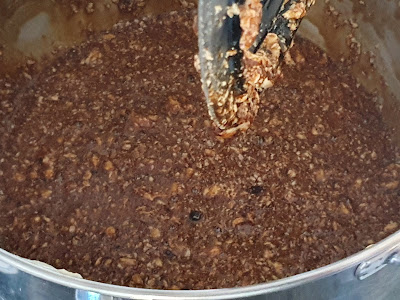 Pop It In the Tin
Step aside so Margie can lick the bowl!!😁 This is a dangerous time, get between her and the bowl can result in serious injury!!
Cook for 4 hours ,at this point I also made a diversionary fruit cake, we have learnt from previous years of the anguish of being surrounded by the delicious smells and sight of a magnificent Christmas Cake and not being able to eat it, indeed I was seriously worried that Margie would break and devour the cake (she hasn't got my iron self-control when it comes to sweet stuff😂😂) So a fruit cake was made I was so in control with this that I even soaked extra fruit in brandy and orange juice!! 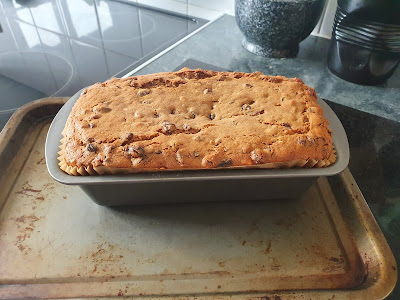 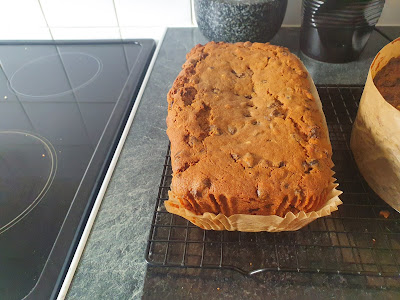 So after 4hrs the cake is out of the oven 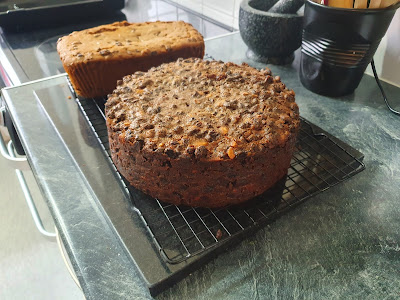 So now we wrap in greaseproof paper and foil put in a cool dark place, feed with Brandy every two weeks between now and a week before Christmas at which point will cover in homemade Marzipan and then probably Royal Icing although haven't made a final decision on the icing as the previous two efforts have been somewhat let down by my efforts at making icing so will decide what to do nearer the time!! I think it tastes nice due to the wait anticipation is everything!! 😀😁

Two for one on a windy south coast

Two trip reports today firstly yesterday Margie and  I paid an  ill-advised visit to Shooters Bottom, windy? yes it was!! could hardly stand up!! Nearly garrotted by my hat on several occasions, on the plus side the parking machine was out of order so at least it didn't cost us anything!! Birds were sensibly keeping their heads down ,best was a Wheatear seen from the car on the way in and a Hobby on the outskirts of Seaford on the way home! Apart from that a couple of Stonechats, a small flock of Goldfinch and a Sprawk seen a couple of times was about it!! Haven't visited here for a while lots of new cracks on the cliffs around Belle Tout wouldn't fancy living there myself!!! 😲 a few pics below 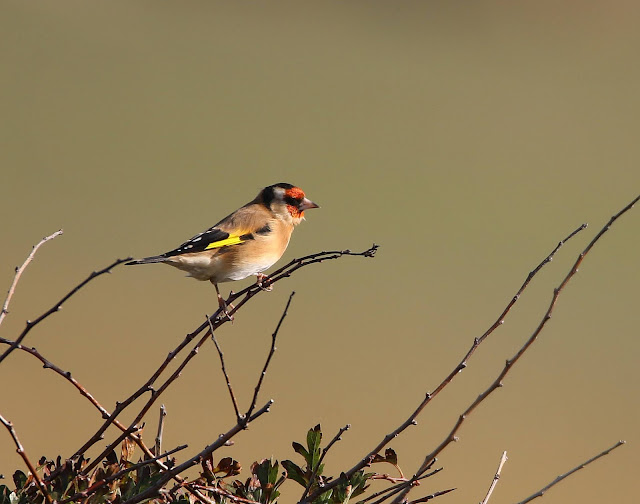 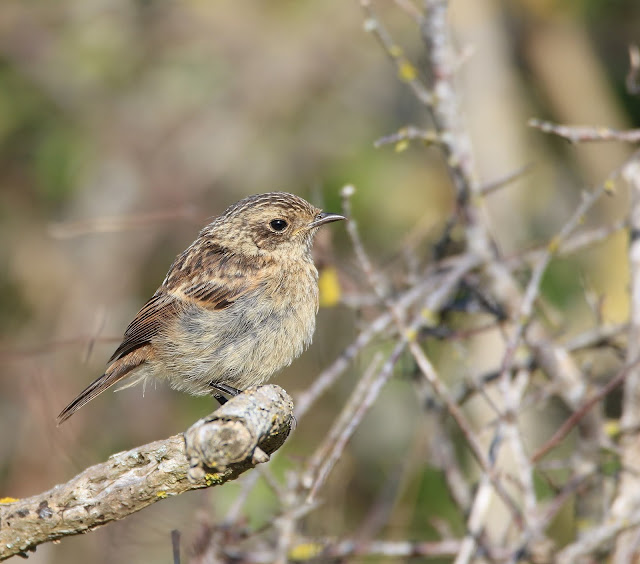 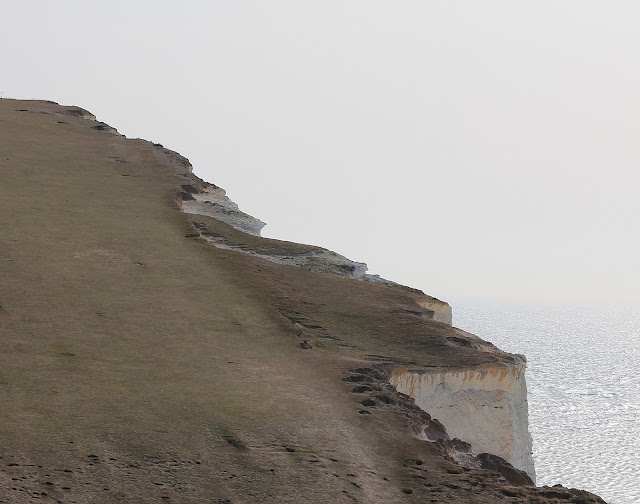 Part Two Seaford Head 19/09/2020
So today was still windy, but much less than yesterday so I decided a wander around Seaford Head was in order ,another reasonable sunrise greeted my arrival, but again birds were at a premium though managed to find a few down Hope Gap. mostly Chiffchaffs, but a few Blackcaps and Whitethroats were also about as well as the usual Stonechats, Dunnocks and Robins, quite a few Mippits going through in small flocks and the occasional small flock of Swallows following the coast East. 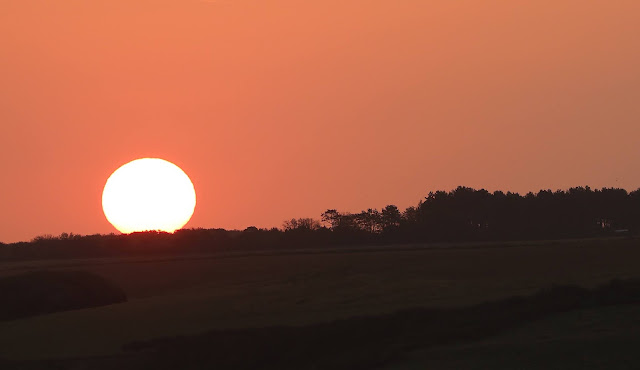 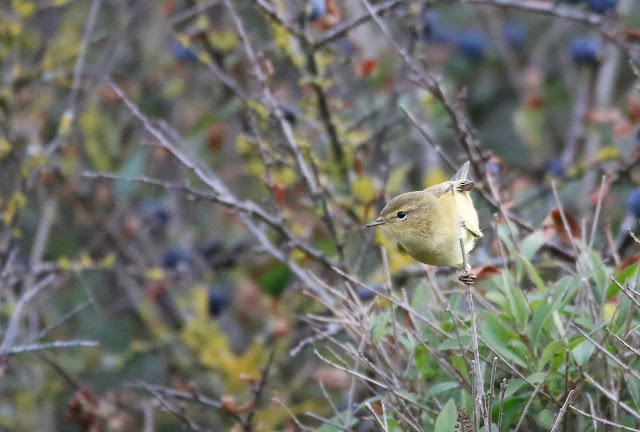 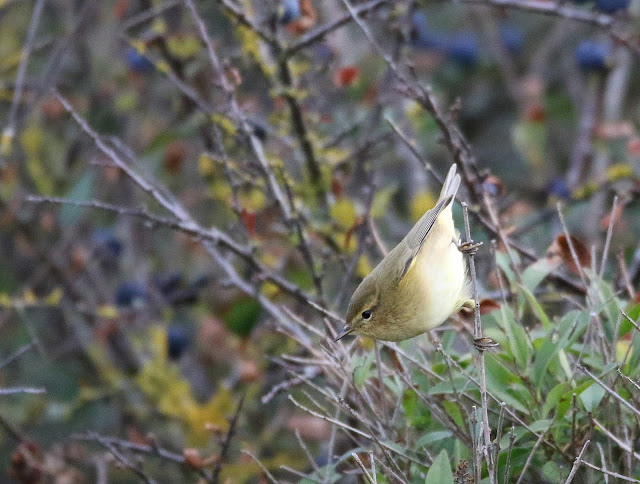 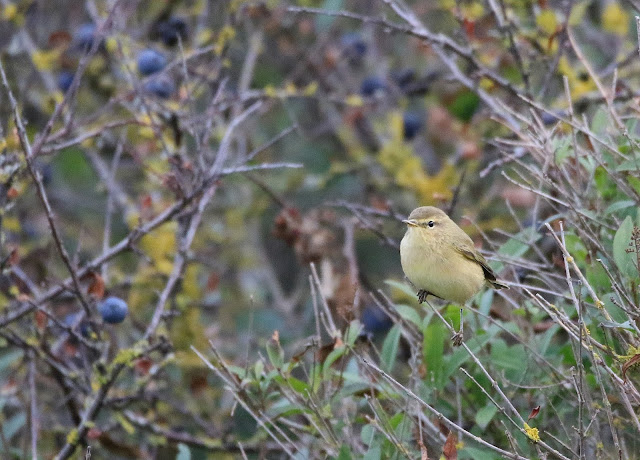 I had a wander over to the Dung Heap where a large flock of flighty Meadow Pipits were hanging out and nearly trod on a Skylark! There was a Wall Butterfly sunning itself!

I wandered down to the Cuckmere, a Buzzard was hiding from the wind on a bush,  the wind was as bad in the Valley  so didn't stay long, though a Heron gave good photo opportunities as it flew across,but I gave it up and headed back to Hope Gap, where the Stonechats showed well at the bottom. 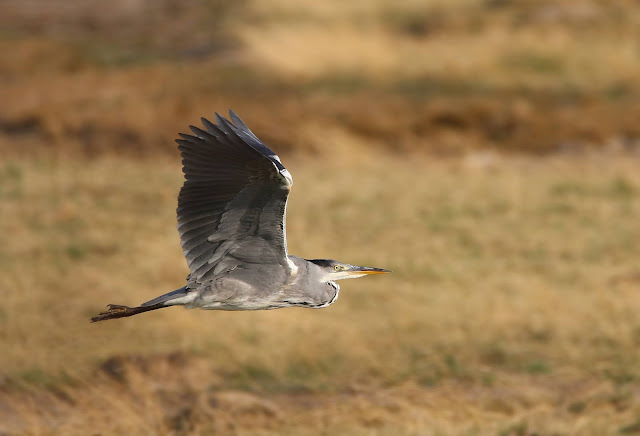 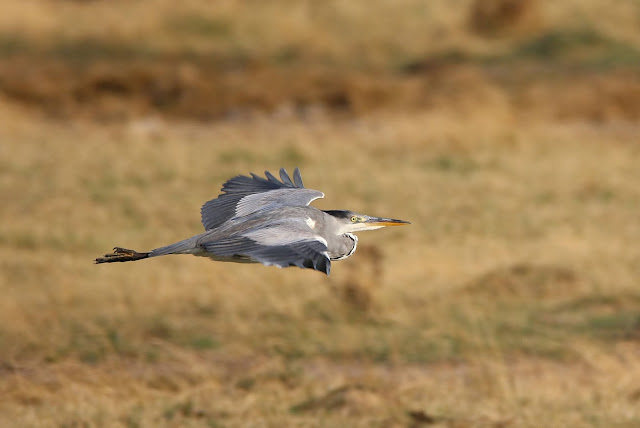 I headed back up Hope Gap similar fair again although the warming sun brought the Butterflies out loads of Blues, all of which I think were Common Blue, and Whites another 4 Wall Butterflies and the best was a Clouded Yellow which actually settled and posed for some pictures which amazed me as they usually bomb around like right nutters, A Sparrowhawk was seen of the premises by a Rook.
With the 9 miles from Thorney in me legs starting to bite, I was starting to tire so gave it up and headed home to settle down for an afternoon of Footy and Ruby Ale, nearly suffered two heart attacks as the mighty whites limped over the line against Fulham!! Some pics of the Butterflies below 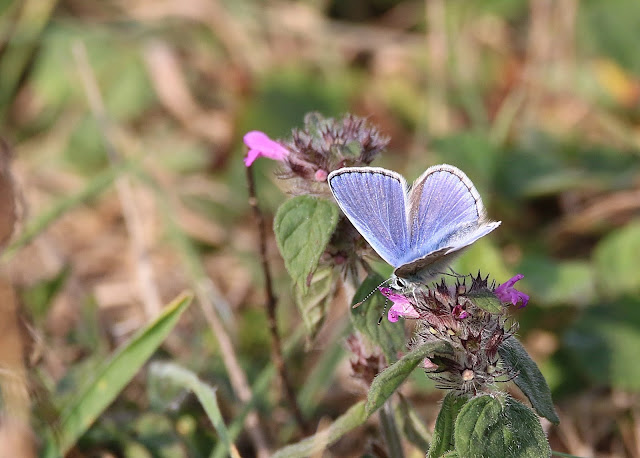 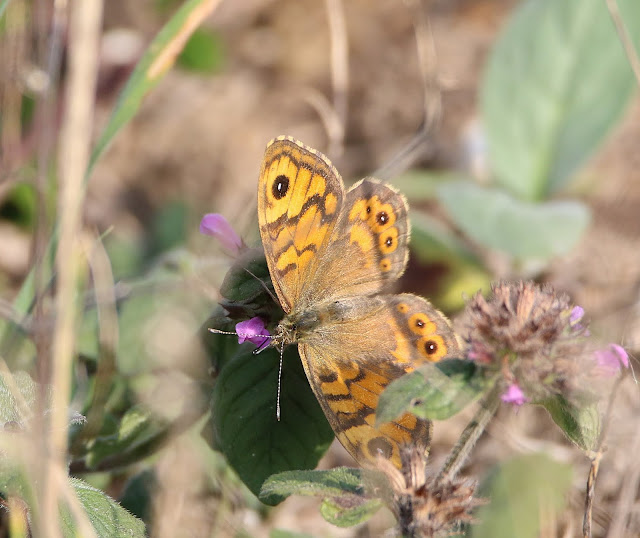 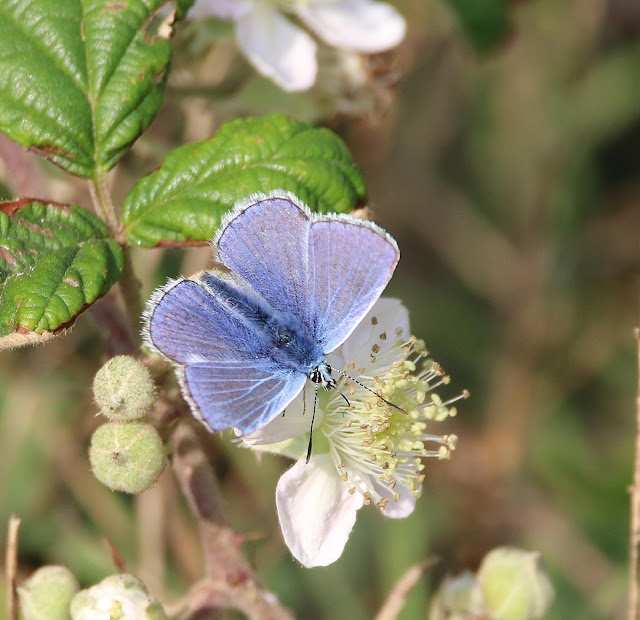 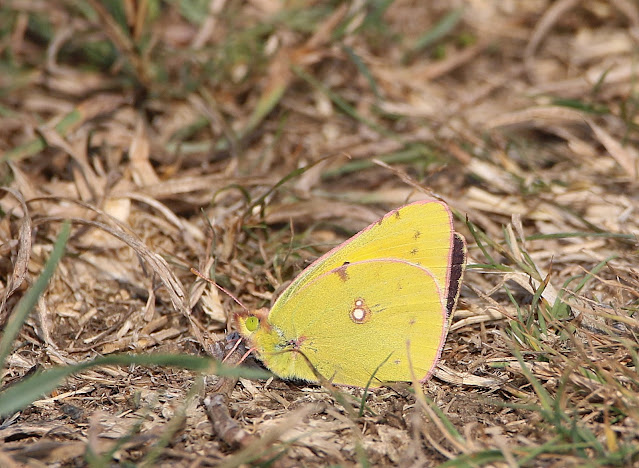 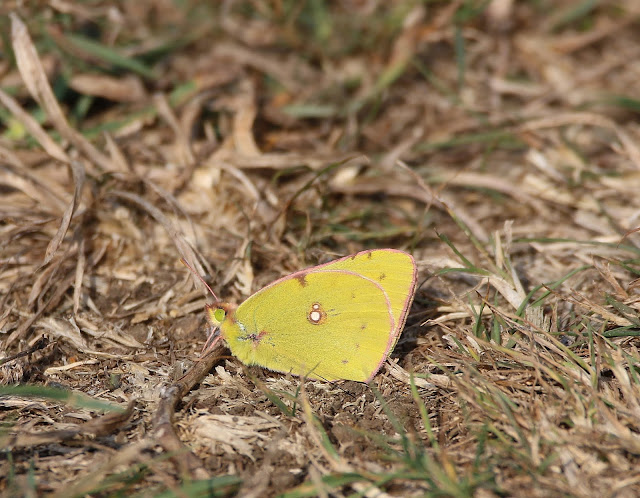