Insect Walk in the Blazing Sun

Now I'm not usually a creature that likes to go out in full sun, but being too lazy to get up early today and being extremely bored we decided to go for a Midday walk down the route off the B2118 we had taken a few days ago. (see previous blog) we hoped the nice breeze would keep us cool and the numerous flowers we had seen previously would been thronged by numerous Bees, Butterflies and other bugs for our delight and to take pics of. Despite Margie's protestations I went full sun hat number 1 today, she conceded that it was unlikely we'd see anyone we know, so it would be ok. Margie says she doesn't like the hat because "it makes you look ridiculous" but I am developing another theory along the lines that I may look so sexy in it she's frightened she may not be able to control herself ! As it happens we did see several other people and I didn't notice any overt smirks, which further adds credence to my new  theory, although Margie said she heard loud sniggers when they went round the corner, hmmmm! will have to do more research, I don't care anyway, at time of writing I haven't got a bright red neck or sunstroke and that's the main thing.
We didn't go far and although it wasn't the insectfest we had hoped for we still had some nice Damselflies , a couple of Dragonflies and a few other bugs , Birds were quite numerous as well, with good views of a pair of Bullfinch , a couple of Buzzards, a Green woodpecker and distant views of a Grey Heron that I tried my hardest to string into a Stork but photos proved me over optimistic, I also found 3 new Yellowhammer territories which I think brings me to 14 pairs found within 3 miles of the house and I haven't been East of the village yet!
Pictures below of some of the Flora and Fauna we found be warned there are pictures of me in the hat!!
All Pics by me unless otherwise stated!! I have attempted to ID the critters in them ,if you think they are wrong and can be arsed to correct them feel free to let me know!! 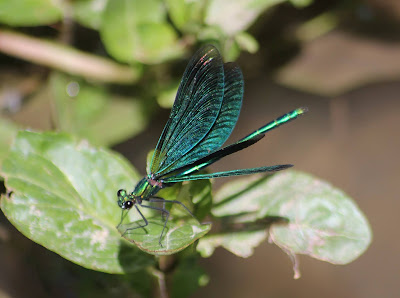 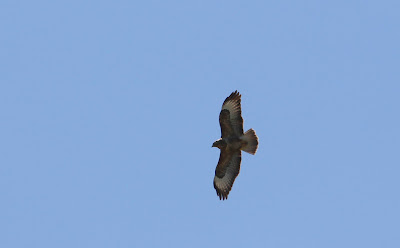 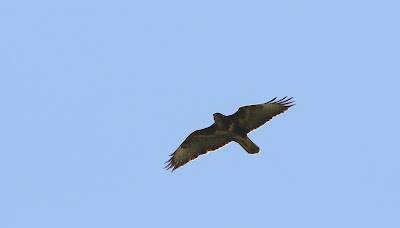 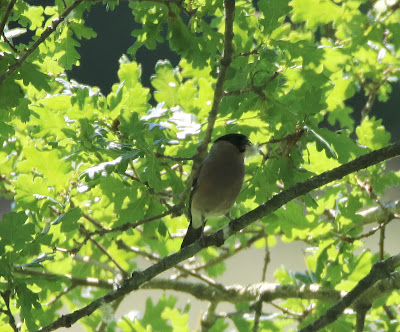 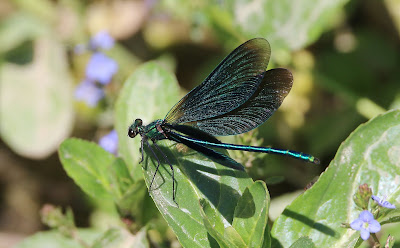 Margie and I were up early again today, I think the threat of being named and shamed on here is motivating her to get out of bed early to be honest, an unexpected benefit of blogging!! We left the house in bright sunshine and therefore were surprised to find Ashdown Forest covered in mist which got thicker as we arrived at our destination, it was pretty chilly when we got out of the car so the Cardy/Fleece debate lasted a bit longer than usual but eventually I decided on a coat! Nice to hear my first Willow Warbler of the year as I put me boots on!
We set off around the circuit could hear a Tree Pipit in the mist, first of several for the walk, plenty of other stuff calling  but difficult to pick anything out, although Margie had fun taking pics of the Cobwebs! We heard two maybe more  very active Cuckoos though getting a pic from the brief glimpses we had was pretty much impossible.

The Sun slowly began to work it's magic and the mist started to clear, as it warmed up the birds became more active, we encountered our first Stonechat family of the walk , the first of four we found most had at least three young looks like they have had a good year so far!!

Margie found some Orchids to photograph though they don't seem to be fully out yet, no idea what sort maybe Common Spotted

As we progressed a couple of birds flushed up from next to the path, but soon settled a quick look through the bins confirmed them as a couple of young Woodlark, no sign of any adults presumably working on the next batch. The first Common Redstart of the day at this point as well but too quick for pics.

We had entered a more Heathery area now and about a 100 yards in another bird flushed from right next to the path, no need for the bins to ID this, a very indignant Dartford Warbler which gave us a right telling off  flying to the tops of various clumps of heather and scolding us ferociously ,which was handy from a photographic point of views!! Another bird called from some distance away and he disappeared in the direction of call presumably the missus telling him to stop showing off!! 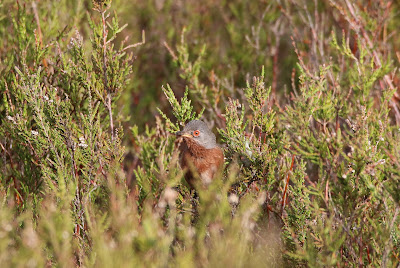 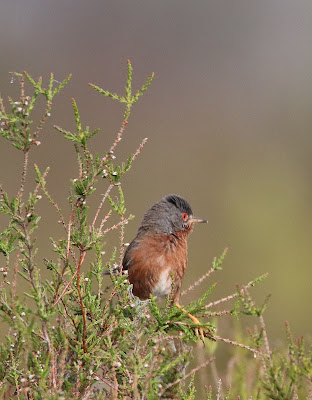 We continued on our way , had tantalising glimpses of Redstarts one of which was just about to pose for a photo when he was attacked by a Stonechat ,denied!! A decent flock of Crossbills,20 or so, went over chupping away and i managed to snatch a few flight shots, though we saw the flock a couple of times on our walk  they never landed in view! There was a nice clump of Foxgloves in this area. 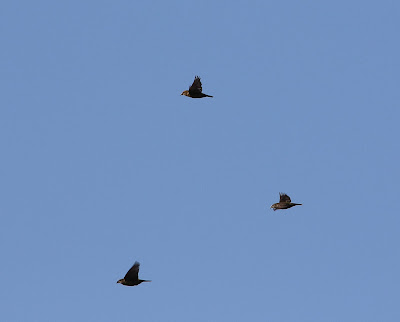 As we neared the end of our walk ,while Margie took some pics of the scenery, in a last desperate attempt to get a decent view of a Redstart I checked out an area where i saw them last year, success the Male posed ok though couldn't get a decent pic of his Mrs !!


So a very nice walk with some quality birds after a slow start, the Car Park was full by the time we left and we were home by 9.30!! All pics by me unless stated ,all pics were taken from the main paths and no birds were deliberately disturbed although the Dartford was a nutter!! The location is a well known reserve for the species mentioned and I have been deliberately vague about specific locations of the rarer birds .