Very quiet on a mid-morning walk at a very dry Woods Mill nature reserve today, didn't see much, a few Chiffchaffs singing, a couple of Common Whitethroats and a distant Red Kite the best of the birds, we did see a couple of Fritillary Butterflies, but they were flying around like mental so couldn't get any pics!! A couple of Comma, a lot of Meadow Browns and a few Skippers the best of the rest, a few pics, mostly Margies below! 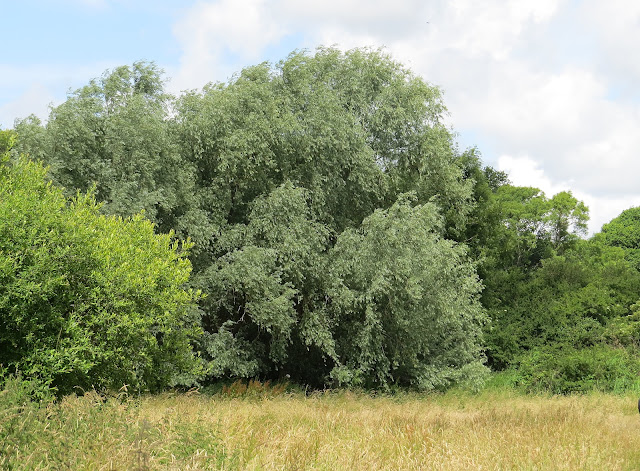 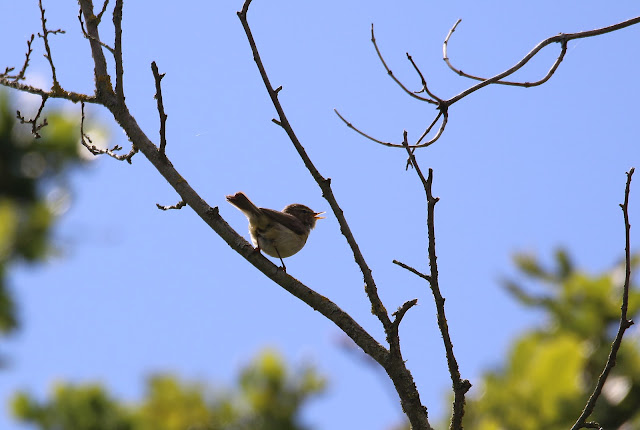 Hard work today for sure!!

Margie and I decided on a local walk today, mainly because we got up late but also being green, saving petrol etc.  Fairly quiet on the bird front though quite a lot of bugs around!! Some pics below!! 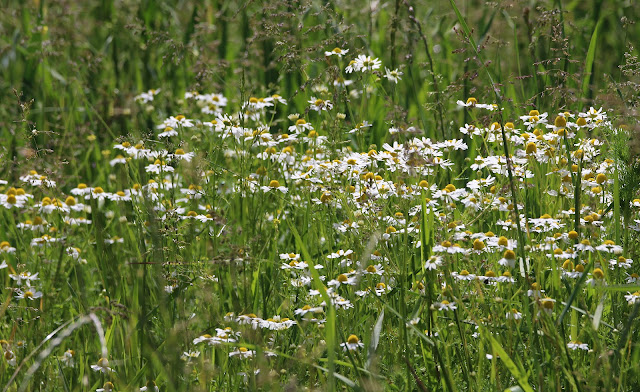 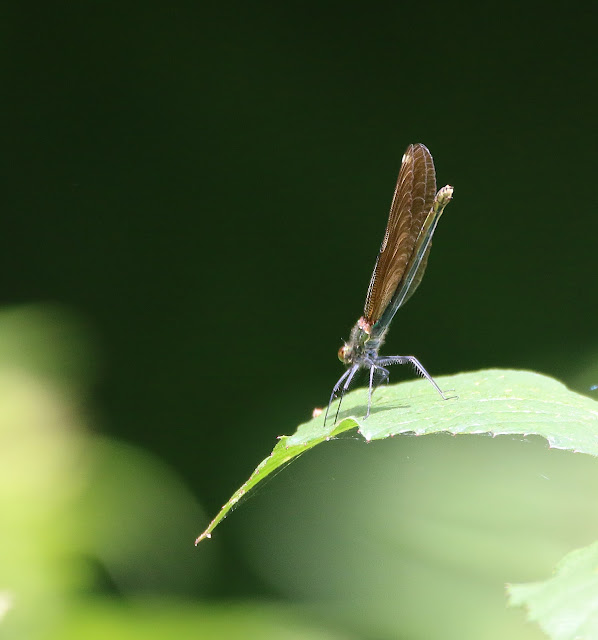 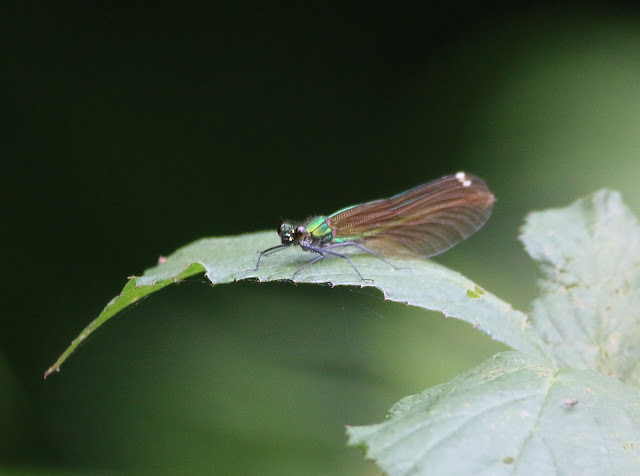 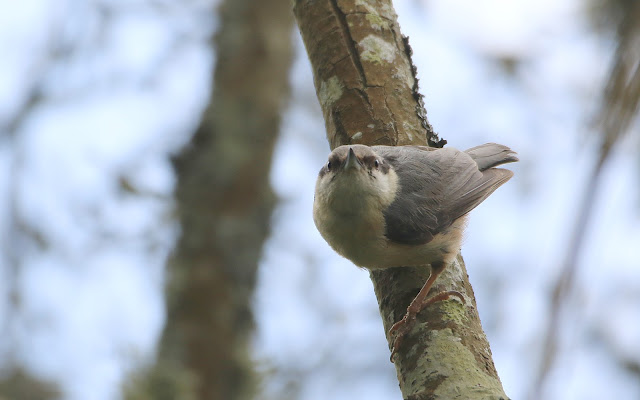 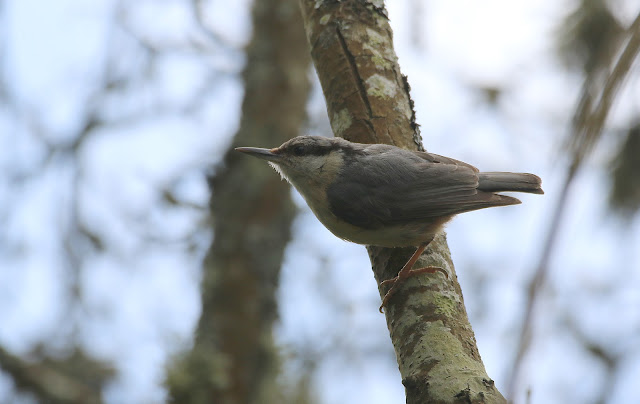 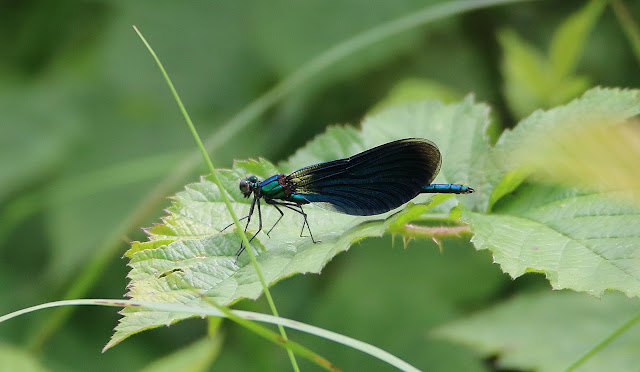 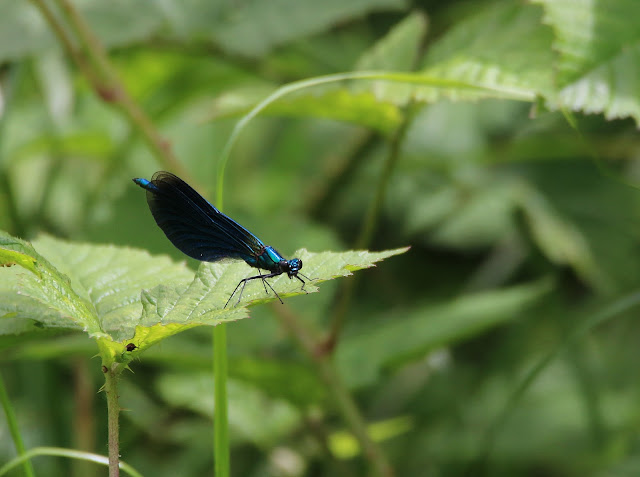 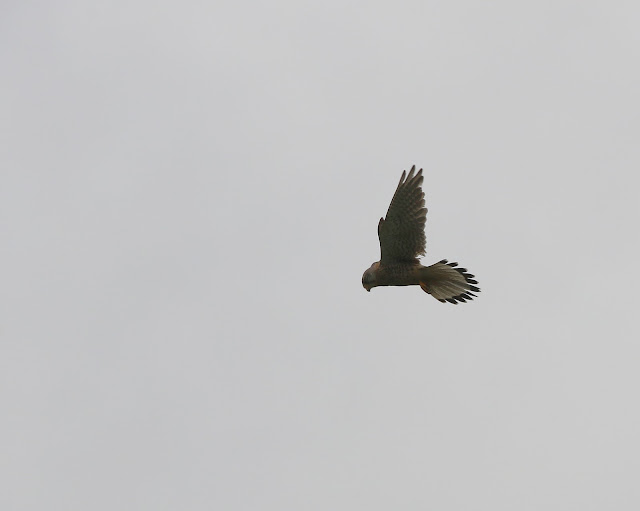 Not a bad walk considering the time of day!!
Posted by Paul E at 16:04 No comments:
Email ThisBlogThis!Share to TwitterShare to FacebookShare to Pinterest

The Birdguides report of a White-tailed Eagle over Wolstonbury Hill albeit from yesterday and reports earlier in the week of a Black Stork over Brighton, decided me on an afternoon skywatch from the bottom of Bullfinch Lane, this would give me a wide field of view along The Downs , from Ditchling Beacon in the east to Chanctonbury Ring in the west, with Jack & Jill, Wolstonbury Hill and the Devil's Dyke in between, the weather was nice and sunny with a fresh breeze, what could go wrong!!! Margie had decided that with streaming eyes from Hay Fever that standing in the middle of farm land on a hot sunny day may not be in her best interests and so stayed at home.

Things started well, as I exited Bullfinch Lane and the fields open up a Kestrel was hunting and showed rather well!! 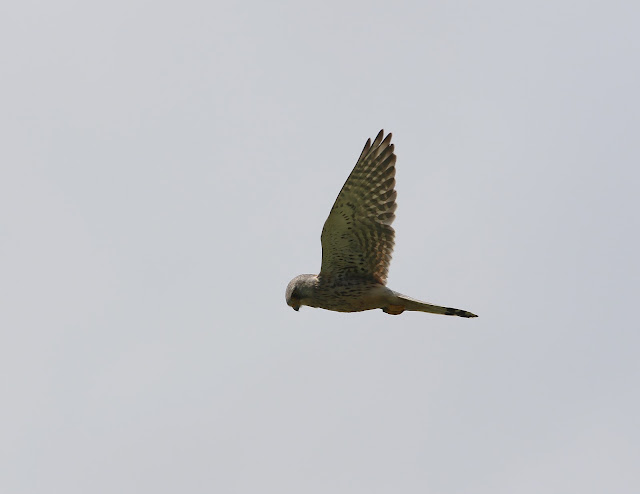 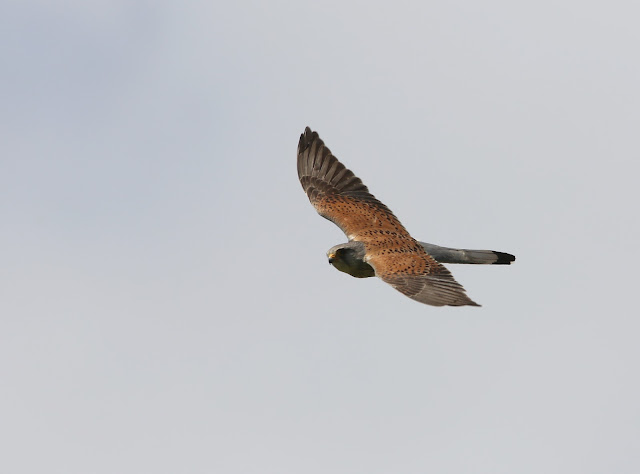 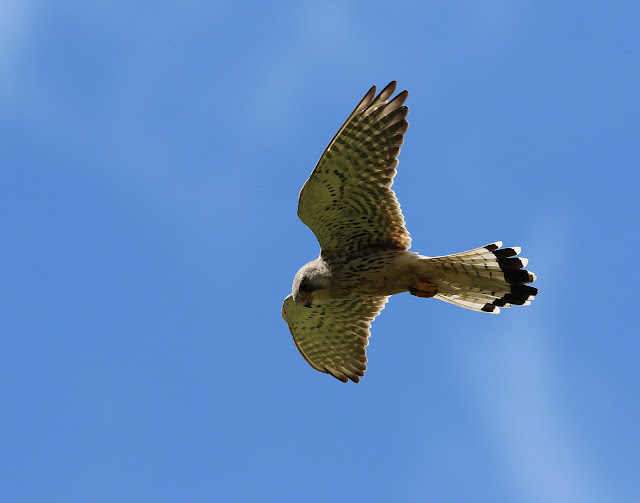 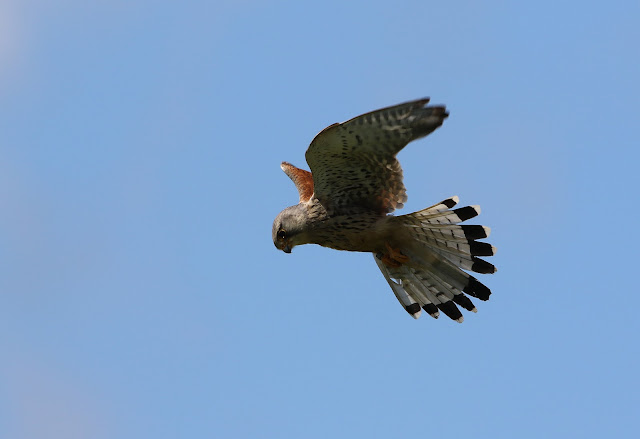 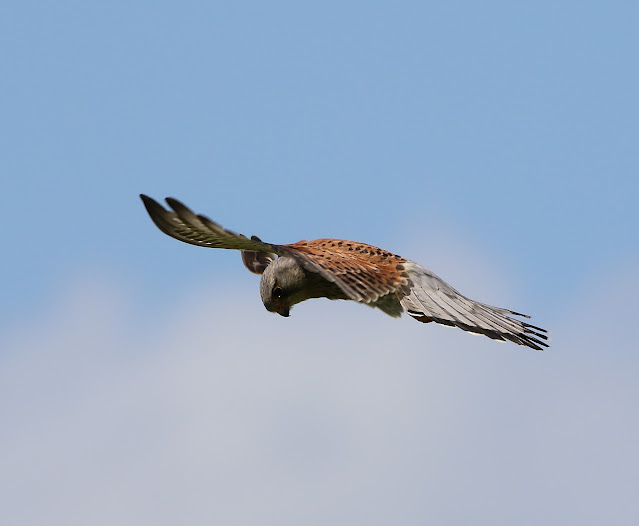 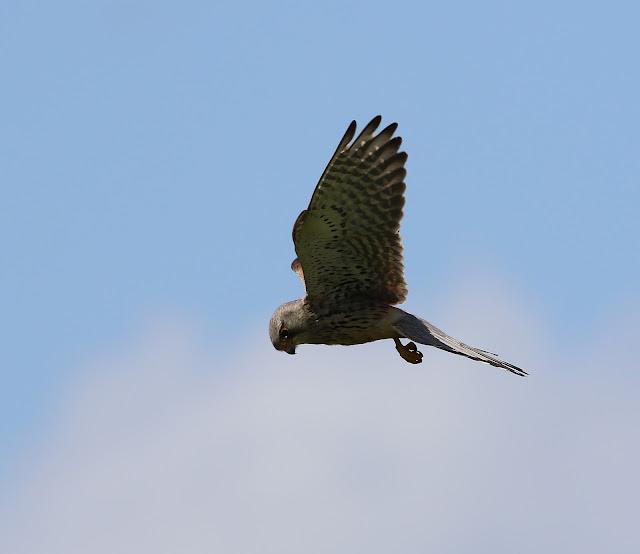 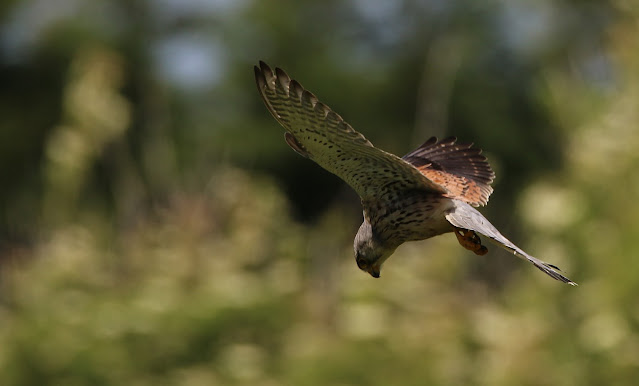 It basically got closer and closer, steadfastly ignoring my presence, at one point I felt like I was going to be Kestrel food😲, luckily my cake consumption saved the day,  making me to heavy for the kestrel to take!  Phew!! 😂

I walked up the hill and round the corner to the crossroads where I was to make my stand, Skylarks singing all around, with the occasional snatch of Yellowhammer song, I soon located the Yellowhammer, sitting atop the very post I was going to lean against! On my arrival he vacated to a nearby hedge giving me a dirty look before continuing with his song!

I settled down to watch, the problem of course is I only have one pair of eyes and with a 360° panorama to keep an eye it was going to be difficult, however the first Buzzard soon revealed itself!

As you can see it didn't come very close, but it was the closest one I had in the 2 and a bit hours I watched for!! Saw about 9 Buzzards all told but most were distant dots, unsurprisingly no sign of any WTE or Black Storks, couldn't even get a Knepp White Stork😢 Personally I blame the Yellowhammer who seemed to make it his personal mission to distract me!! 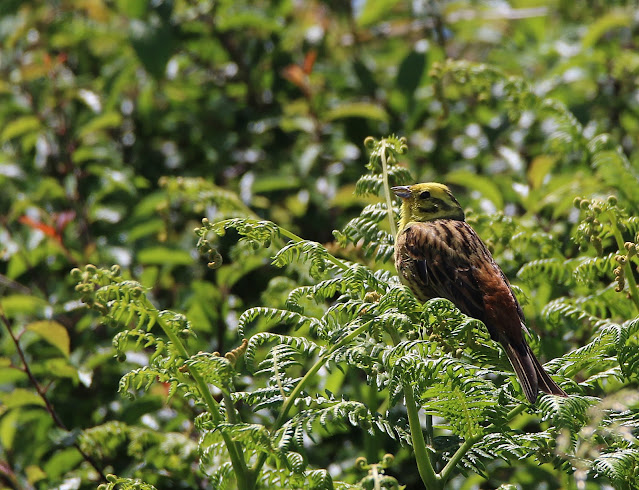 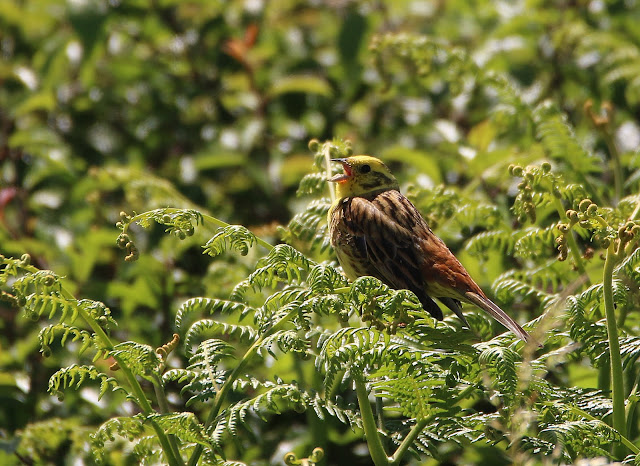 There were a few other bits n pieces flying about, couple of small flocks of Goldfinches all I got the bins on were juveniles, couple of Stock Doves, several Herring Gulls, a few Swallows distantly and a couple of Swifts went over which is always good to see. The Skylarks were periodically making song flights, we know by now how bad I am at getting pictures of em but it doesn't stop me trying of course!!😂 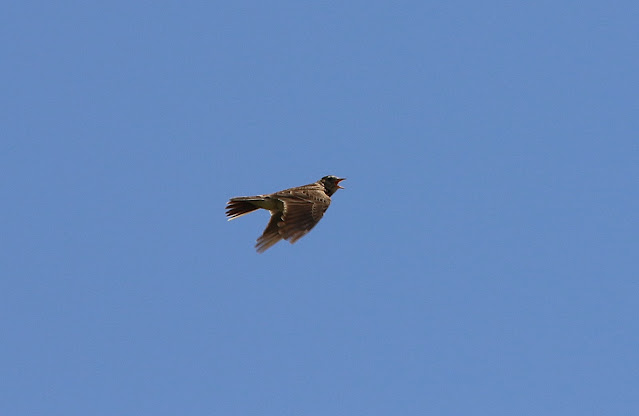 At this point the Yellowhammer who I had been steadfastly ignoring, decided enough was enough flipped out of his bush and landed on a fence post a few feet away!!


Amazing stuff was on that fence post for a good couple of minutes, or 303 photographs if you want to measure it like that😀 Shows what  can happen if you just stand quietly on a footpath for a while!

After a couple of hours I decided the WTE wasn't going to show, bit disappointing on the raptor front, with just the Buzzards and the Kestrel to show for my efforts, surprised no Red Kites or a Sparrowhawk but there you go might have had more luck if I'd spent less time looking at Yellowhammers! I headed back down to Bullfinch Lane at the very end of the fields another Yellowhammer flew out of hedge into a tree and had a singsong!! 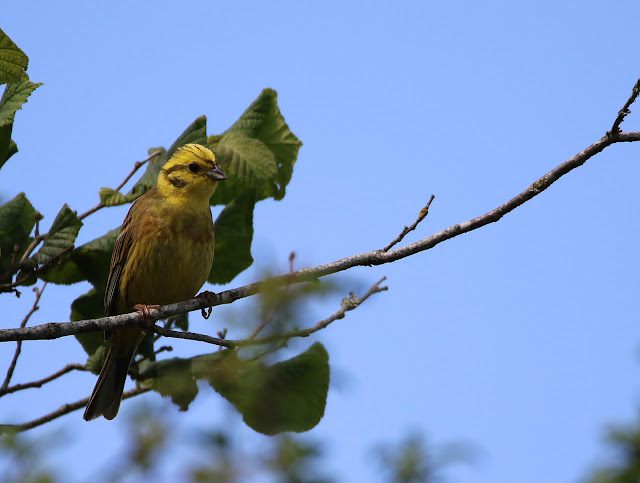 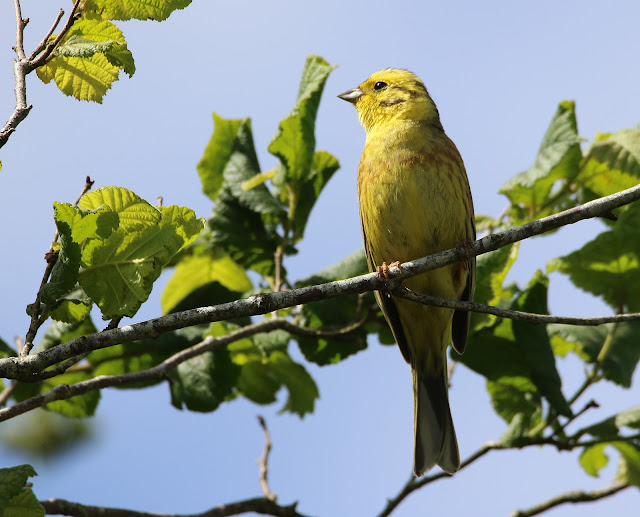 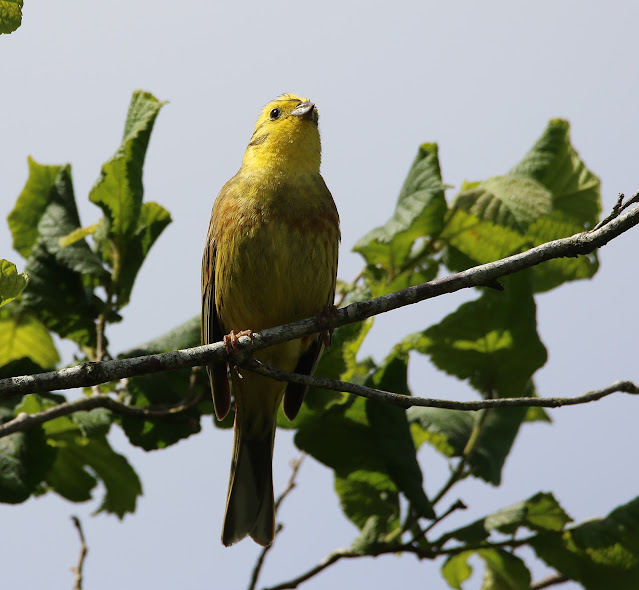 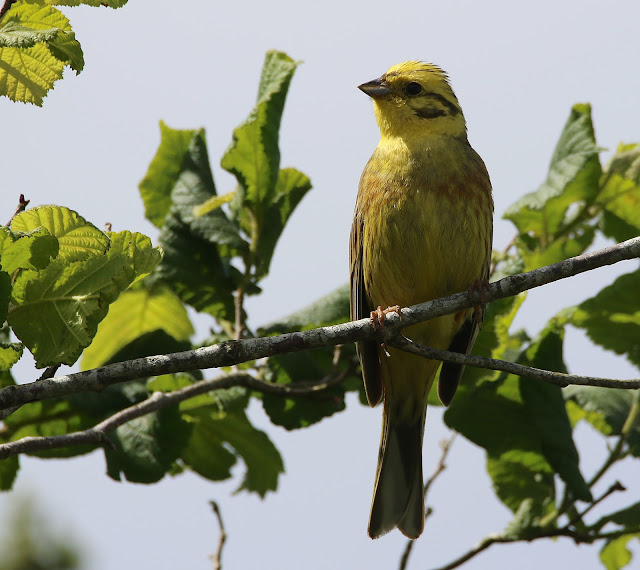 They do show well at times😂 I estimate there were between 6 and 8 different males and I saw 2 females in the area as well, hopefully they will be successful in their breeding attempts this year!!

I walked up Bullfinch Lane taking a quick diversion to have a look at the horse paddocks which also gives a fine view over the downs, still no raptors but more Stock Doves and a posy Linnet were present. 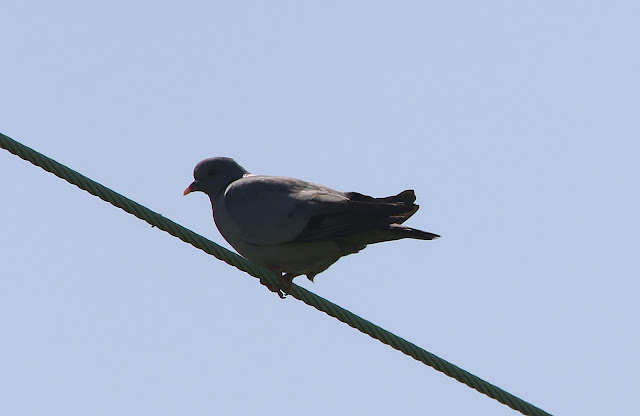 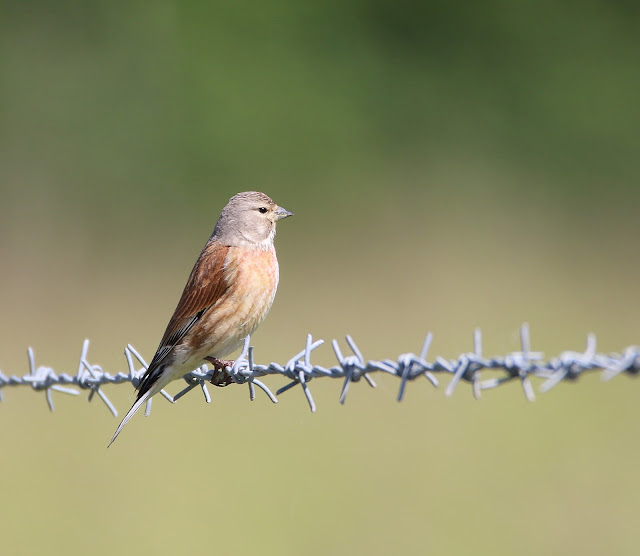 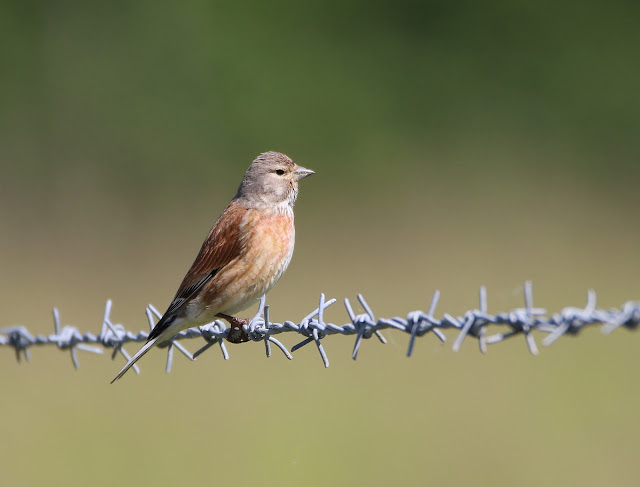 So little luck with the Raptors but some very showy birds made it an enjoyable couple of hours!!

Posted by Paul E at 19:08 No comments:
Email ThisBlogThis!Share to TwitterShare to FacebookShare to Pinterest
Older Posts Home
Subscribe to: Posts (Atom)