Once again a dodgy weather forecast,followed by dodgy weather,rain all morning on Saturday,meant birding was restricted this weekend, I took the opportunity Saturday morning to knock out a tasty Victoria Sponge, went classic on flavours, plain sponge with vanilla buttercream and Strawberry Jam, a tip for you all Daylesford Organic Strawberry Jam is the dogs, absolutely delicious if you only buy one Organic product make it this! (Other Organic Strawberry Jams are available and I have received no dosh of free stuff to say this!!😀 although obviously I am completely open to bribery😀😀😲!!) This is a fairly simple recipe, the trickiest bit is getting the mixture into the tins, there is a fine line between licking the bowl and eating the mixture, a line which apparently Margie has no qualms about crossing!!😲 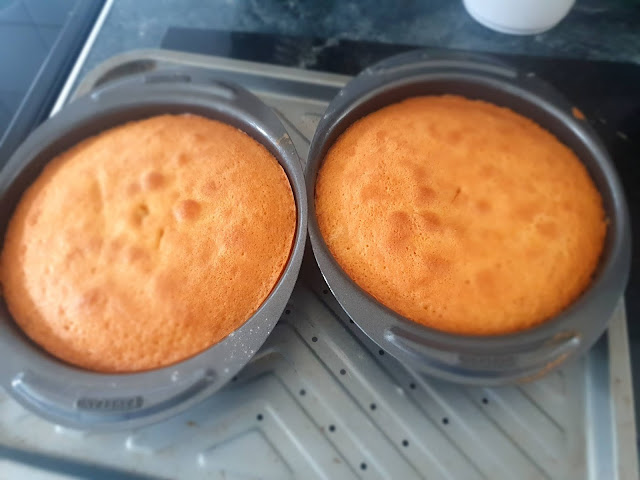 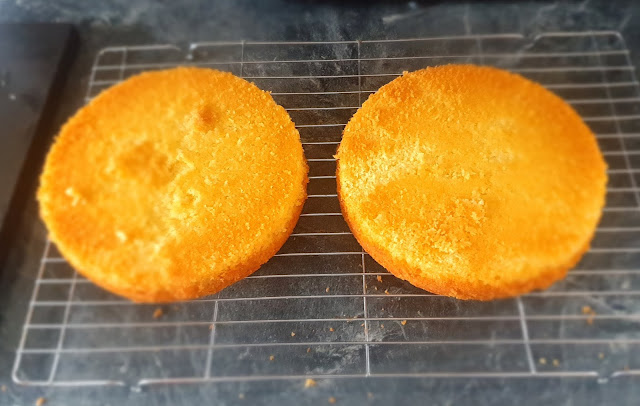 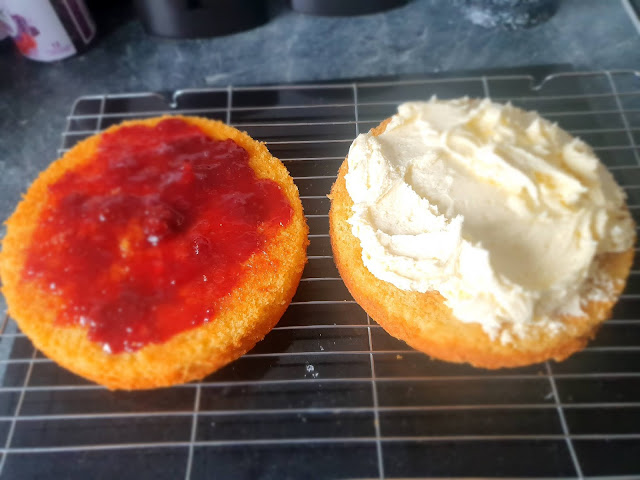 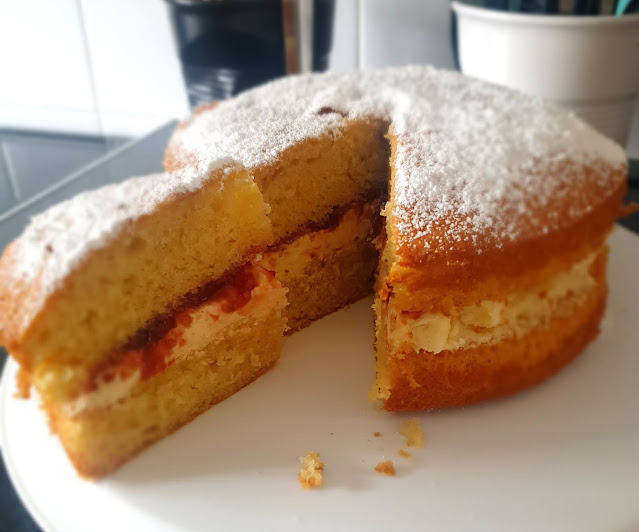 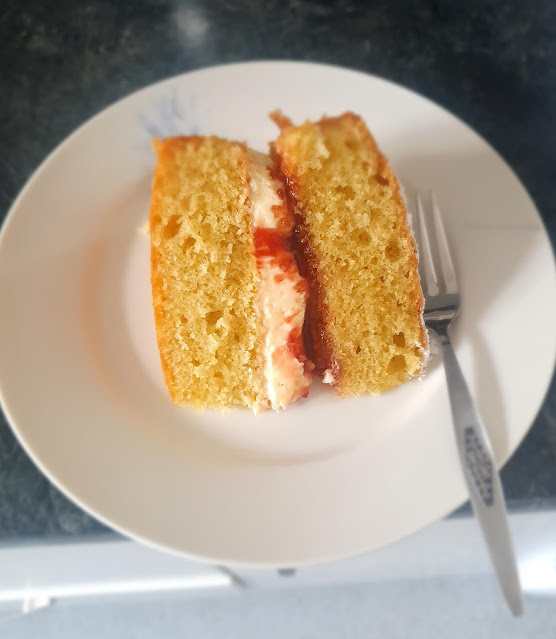 So with the rain stopping and to prevent eating the sponge in one sitting, I decided an evening walk around the Patch would be conducive to my waistline, Margie had her head in a book and didn't seem that interested in a damp walk,so I was on my own, with a stern "there better be some cake left when I get back" I hit the road and was on Patch about 6.45pm! My plan was to find an Owl, it has been the Patch dream to find an Owl and there is some good looking habitat, but so far I have failed miserably, despite many stories from passers-by's of Barn Owls seen hunting I was yet to connect, I felt with the rain the night before any Owls in the area would be out hunting fairly early, but to be honest wasn't confident. With the rains the grass was soaking and I decided to give the overgrown glades a miss, turned left at the crossroads, a likely looking Barn was given a good grilling but remained stubbornly Owl less!! There was a Song Thrush on the roof which looked like it had bitten off more than it could chew!! As I walked down the hill, I had a comical interaction with a Fox where we walked down the hill parallel to each other with both of us doing a double take at the bottom, I recovered from the surprise fastest and got a couple of shots!!!😀 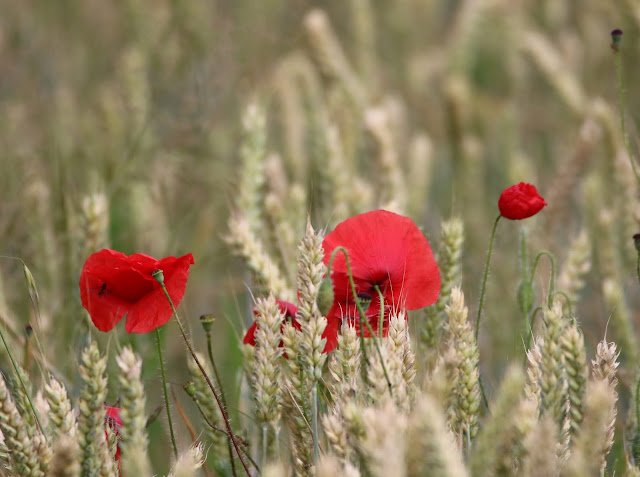 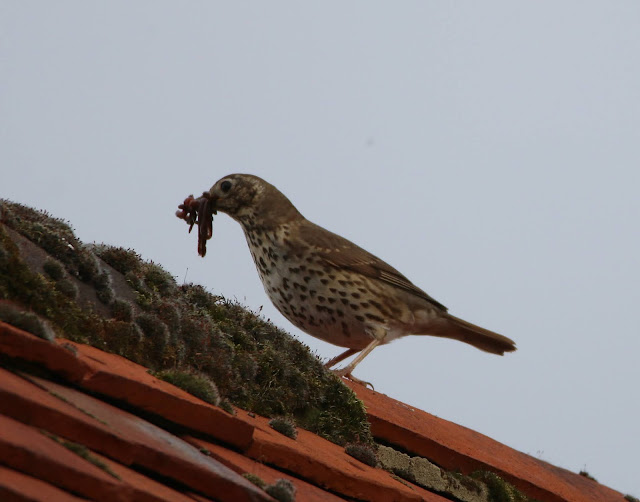 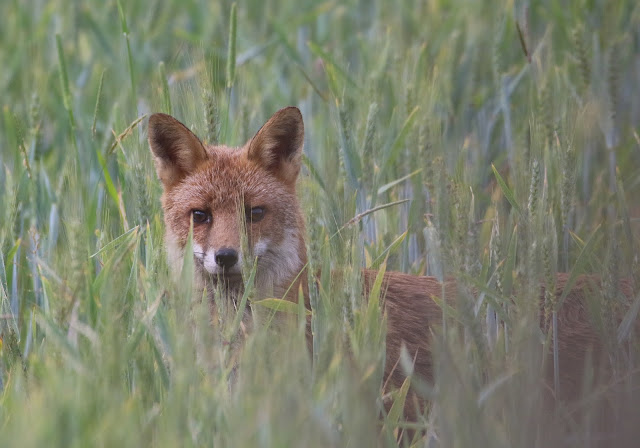 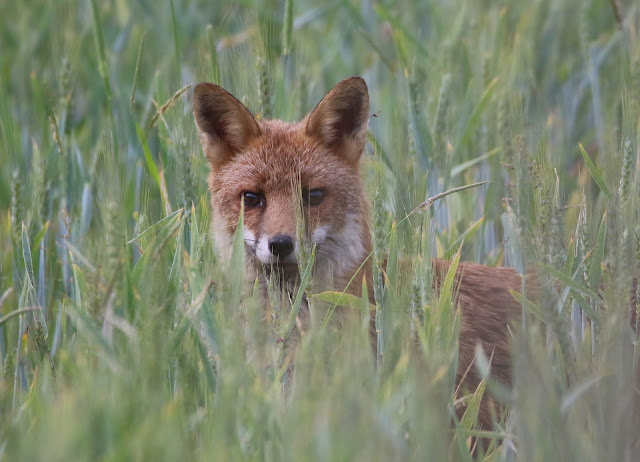 A good start to proceedings, with the evening being a bit chilly there wasn't much in the way of insect action although what there was posed ok,  Butterflies are a lot easier when they ain't dashing around everywhere!! 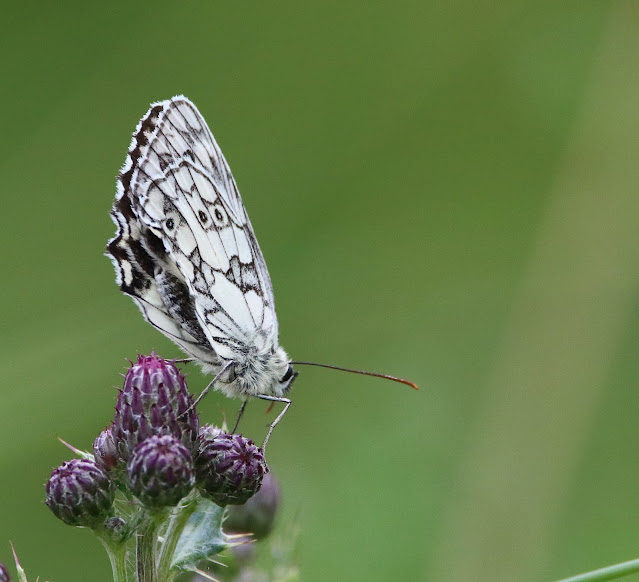 There was also a cloud shaped like an Elephant! 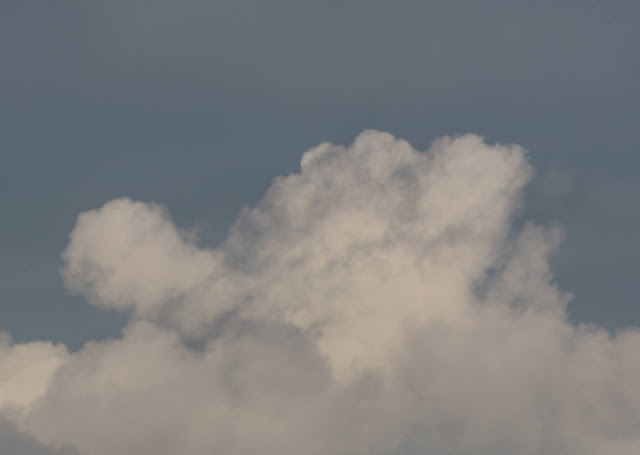 Also someone appears to be sticking Orange Peel on bushes, not sure why but think it happened last year as well! 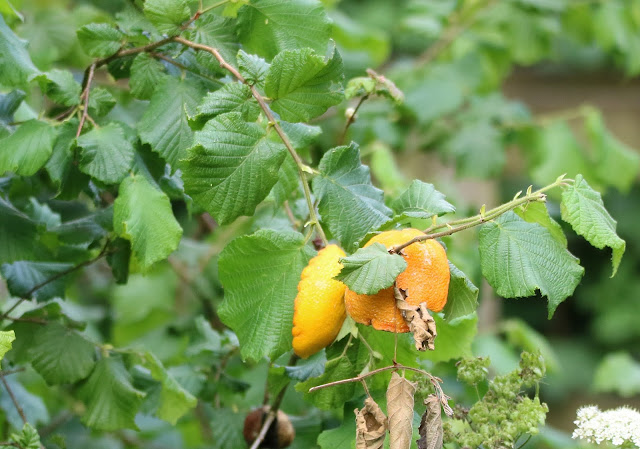 I walked around the vineyard and down the field to the church, a Kestrel flew over which was good news, not seen any this year on Patch so nice to know they are still around,plenty of Swallows about which was excellent,nice to lean against a gate and having Swallows nipping around you,high count of 27 but were probably more! I of course failed miserably to get a decent shot!! They also still refuse to pose on the gnarly tree preferring the stark modernism of the telephone wires!! 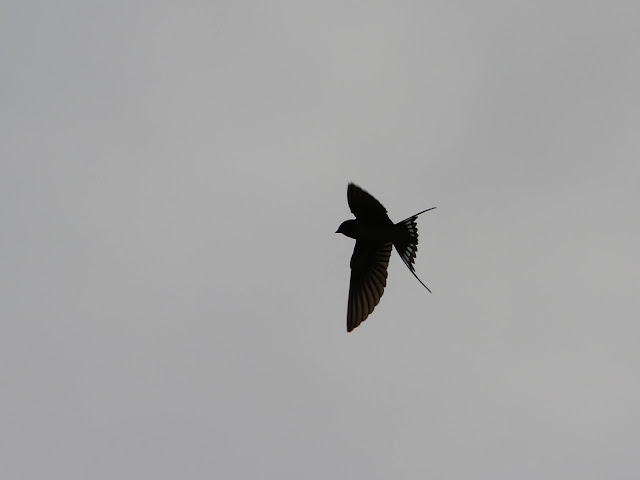 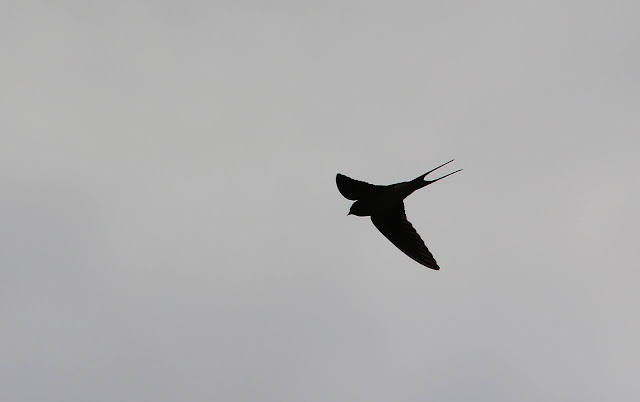 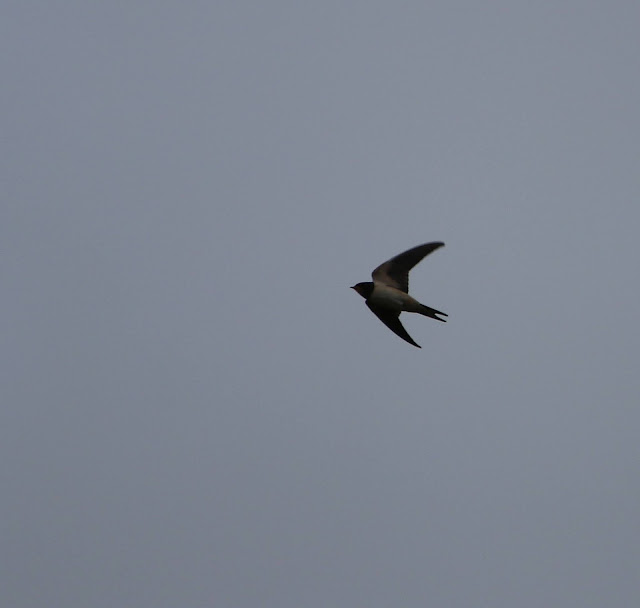 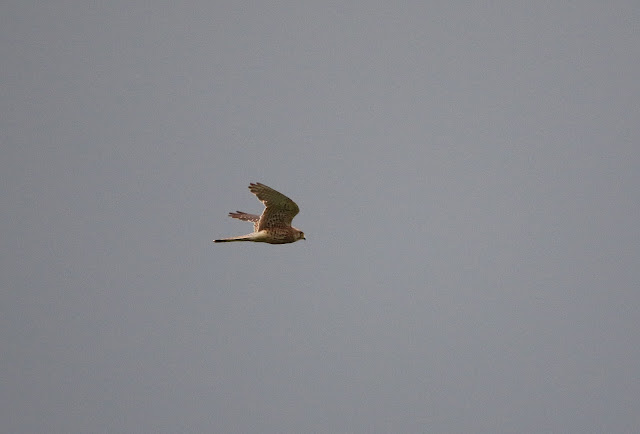 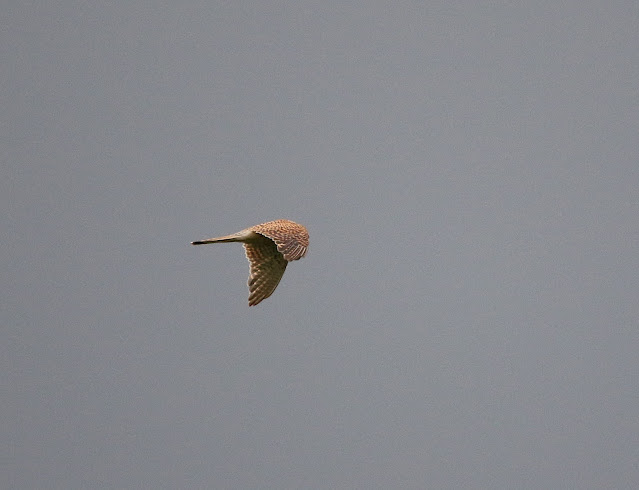 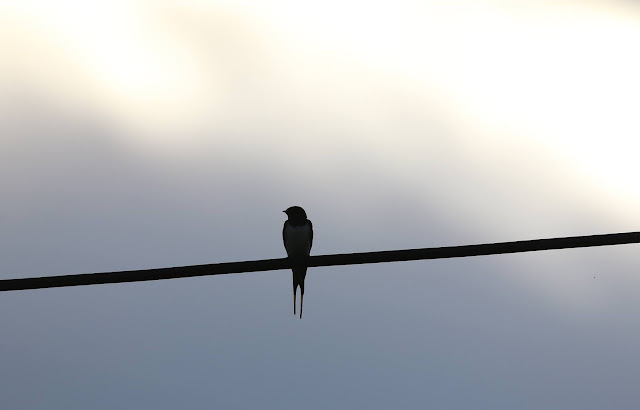 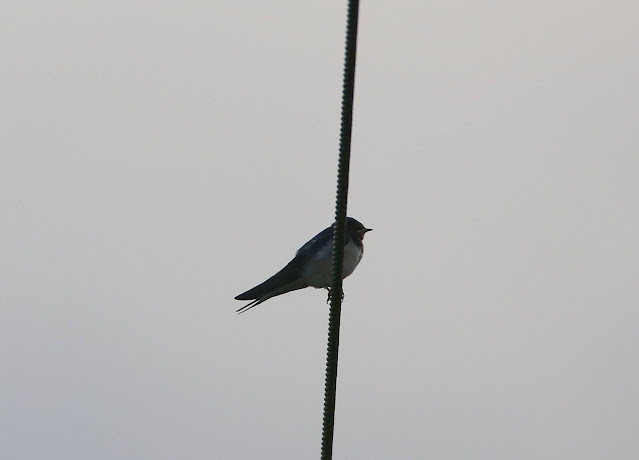 So I trolled around the Patch itself, scanning intently any suitable Owl habitat with no result,I did find a posy Common Whitethroat, a couple Goldfinches and a Rabbit! 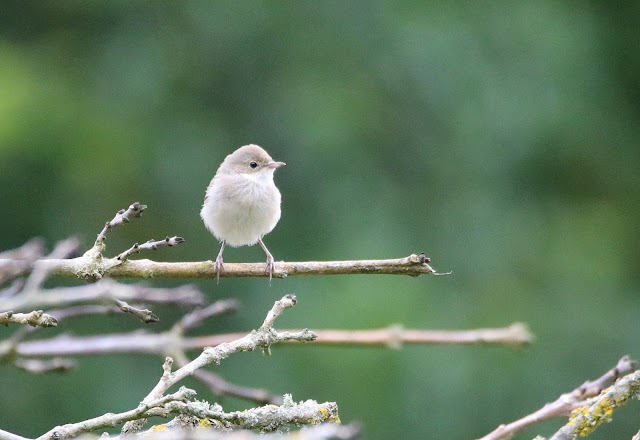 I then refound the Kestrel sharing a tree with a pair of Stock Doves, maybe the time of the evening but both species were very confiding and didn't seemed worried by my or each others presence! 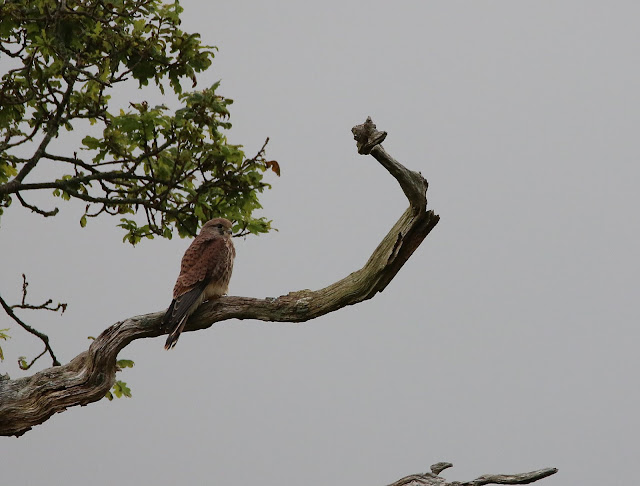 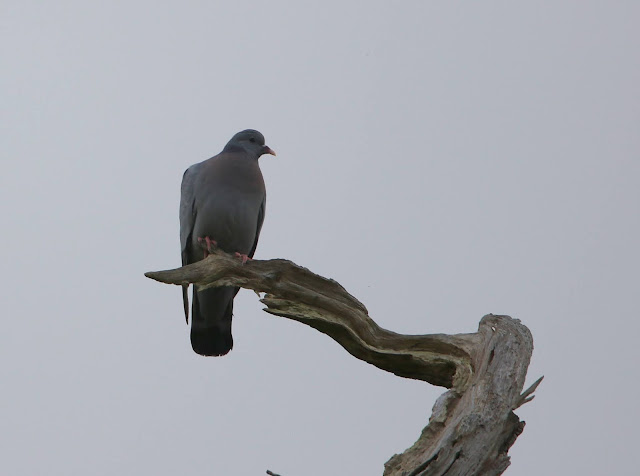 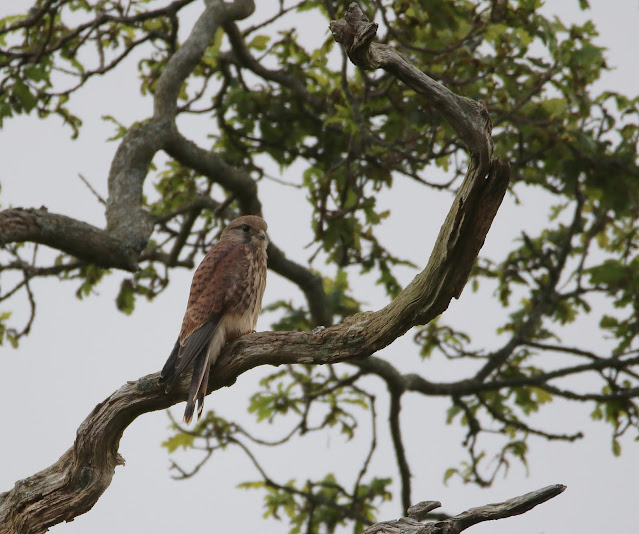 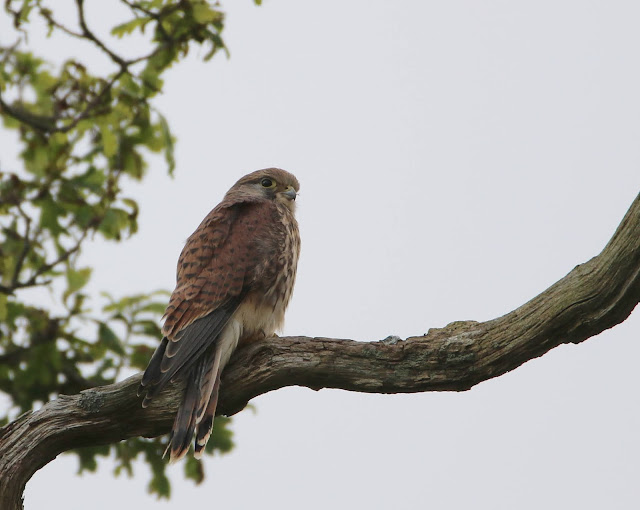 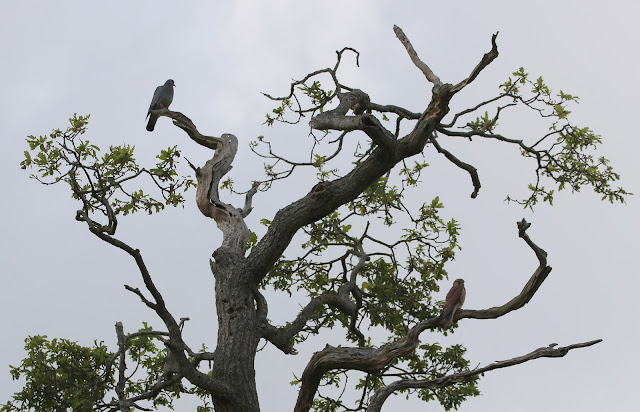 With the gathering gloom I retraced my steps, I found a Tit tree which wasn't as fun as it sounds and as a Jay flew across in front of me  I grabbed a quick shot. I could hear a Yellowhammer in an area where I haven't heard one before but couldn't find it😢.
I bumped into a dog-walker who kept my hopes high by informing me he had seen a Barn Owl in the near vicinity a couple of nights before, though he did refer to a Bullfinch as a Red Finch so not entirely convinced by his testimony, though a Barny is pretty unmistakeable!! The view from the top of the hill was quite good with the Jack n Jill looking nice in a burst of sunshine and as time went on the Sun went down although it was a pretty feeble sunset, no bloody Owls obviously😡😢😢😢 !! 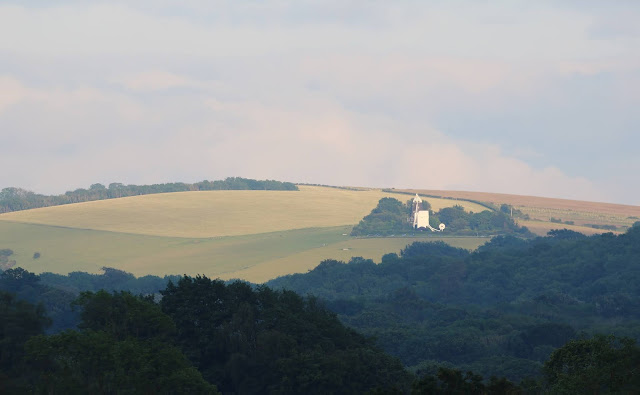 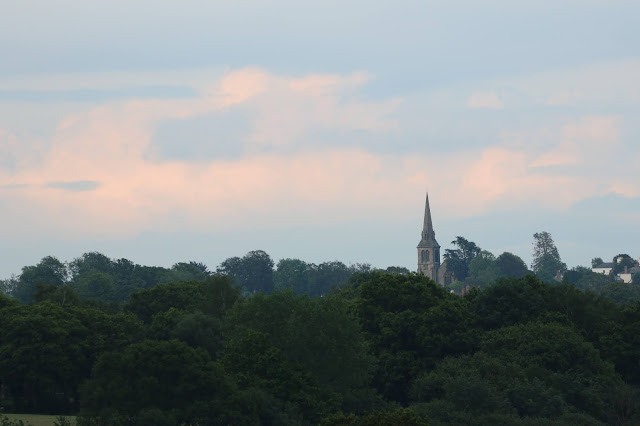 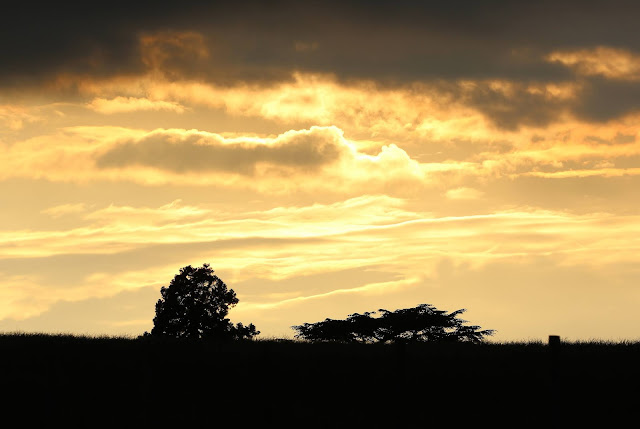 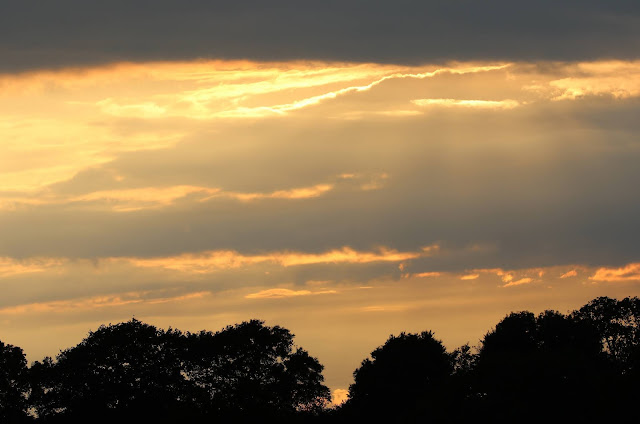 Got home after nine, the cake had survived although apparently a double Raspberry Magnum wasn't so lucky!!
Double Patch Weekend Part 2 will follow soon!!